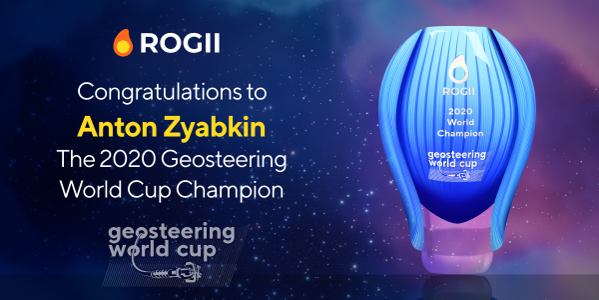 It's official, the 2020 Geosteering World Cup is in the books! Coming out of the semi-finals it was apparent that Anton Zyabkin was a name to watch as he paced the field with an average success score a full 3 points above his closest rival.

By the time the dust settled on the sand-rich final wellbores of the competition, we found that Anton’s consistency across all wells in the competition left him hoisting the 2020 Geosteering World Cup with a total score of 141.8. South America’s own Andrea Infante’s remarkable run in the second round of the final boosted her all the way to a global #2 ranking and a Latin American Regional Championship with a score of 126.1. Houston’s Pat Tobin took home the North American Championship and a global #3 ranking based on his total score of 118.2. And Australia’s Robin Viljoen rounded out our group of regional champions with a score of 115.2.

Congratulations to our World Cup and Regional Champions and thank you to everyone who participated. You will be sent your certificate, along with global and regional rankings, in the next several days.