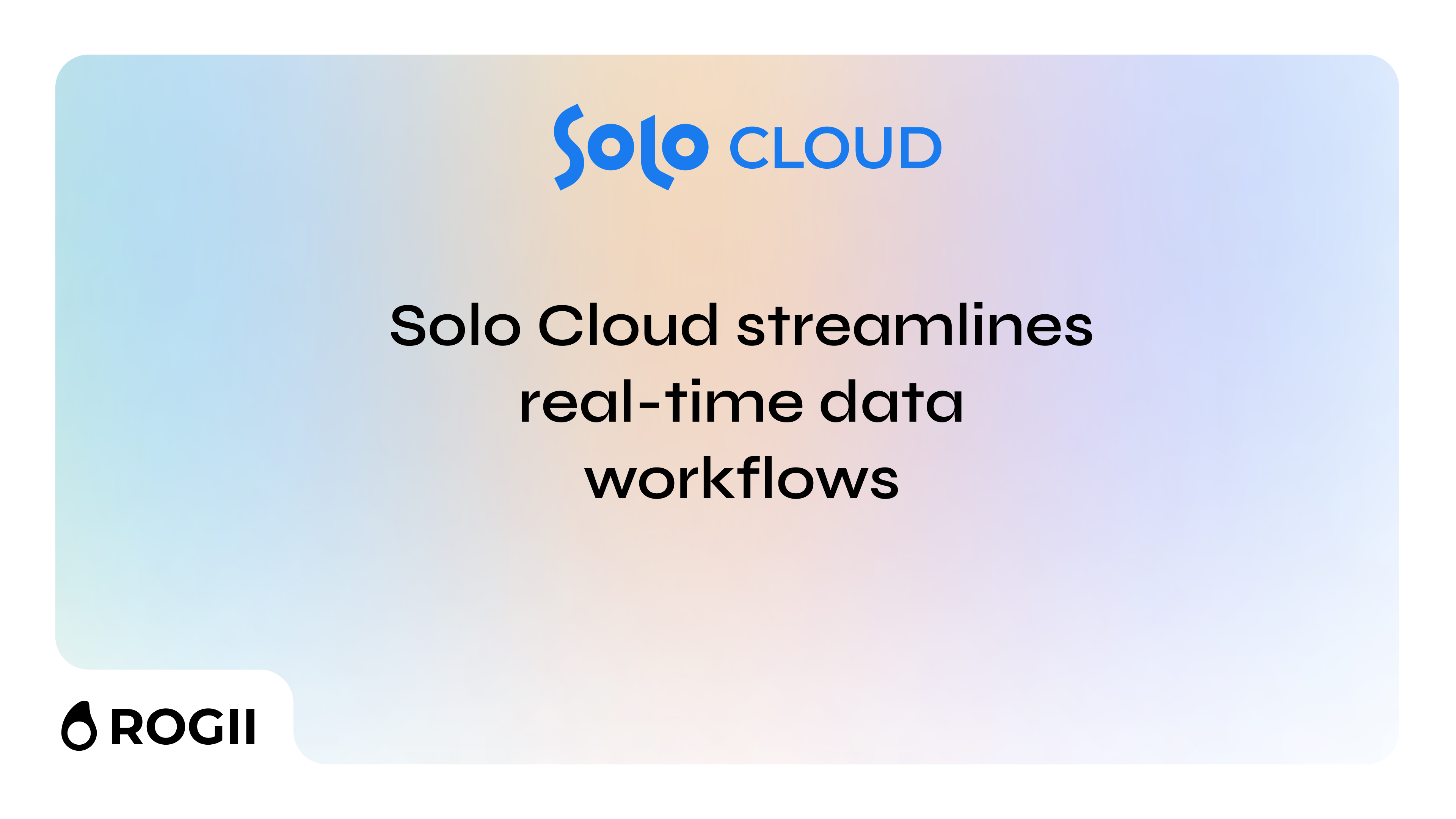 A Dallas,TX-based operator is deploying ROGII technology hosted on Amazon Web Services’ (AWS) cloud service.  Using several SoloCloud-connected applications, the operator can simultaneously stream live data in from many geographically remote field locations, view and interpret the data, broadcast project updates onto mobile devices in real time, and make available the data to other company domains for further analysis as well as other internal software applications.  All the while, the data stays 2-way encrypted while in transit and redundancy is minimalized.

At the rig site while drilling, live surface and downhole data is collected and aggregated via ROGII’s Solo Box service.  With Solo Box, the operator creates formatting schemas that execute automatically when new data is received.  This ensures that only clean, formatted, and quality checked wellsite data reaches ROGII’s WTSML Server hosted on AWS, which maintains a 99.998% uptime reliability. The clean data is then streamed from the WITSML Server to the operator’s AWS-hosted Solo Cloud database account via the Solo Feed connector.  Solo Cloud will then update various projects across several applications, and govern access based off an individual user’s assigned permissions.

The operator uses several licenses of ROGII’s StarSteer, a locally installed geosteering application, to interpret their data and confirm ideal well placement.  For contingency and business continuity, they maintain one SaaS StarSteer license, utilizing an AWS Virtual Machine.  Any updates to projects by any one of the authorized StarSteer users are automatically pushed up to Solo Cloud and communicated to all other users in real-time, ensuring that there is only one version of the project and no data redundancies.  While the operator maintains a central real-time operating center, they also augment their staff with 3rd-party consultants.  Through a series of permission controls, they authorize the consultants to operate a small project subset without needing to grant access to the entire project, while still being able to maintain real-time oversight.

For internal communications outside of the technical staff,the operator utilizes ROGII’s StarLite iOS mobile application to broadcast geosteering interpretation updates to field personnel as well as to various managerial levels.  StarLite connectsusers to Solo Cloud and provides a complete view of a StarSteer project.  From their mobile devices, StarLite usersaccess real-time geosteering performance statistics in lieu of static PDF reports.

Starting as raw measurement data point on location, datamakes its return to the rig as an actionable drilling optimization solution for the operator.  A network of various ROGII hardware, software and cloud products, all connected on AWS, make the workflow possible.